The Capital Bra ice tea is the absolute trend drink

Currently, Capital Bra is one of the most successful rappers in Germany and this time Capi blasts the market with the Bra Tee. Behind the Bra tea is an iced tea that is made from natural ingredients and real tea is brewed for this purpose.

The name of the Capi tea comes with an interesting play on words - "Brate", which is particularly popular in youth language and is derived from the Russian word "brat", which means "brother". "Brate" and many other variations of the word are often used in german rap, especially in Capital Bra's music. Thus, the name of Capital Bra ice tea is a mix of the words "brother" and "tea".

Where can you buy the BraTee?

Among other places, the Capi ice tea is available in various supermarkets, as well as in some gas stations. Here you can even have Capital Bras favorite varieties delivered directly to your home in boxes of 8, without the hassle of lugging it around! Plus, we're guaranteed to have it in stock and everyone gets to buy as much as they want.

This lemony roast tea is the absolute hit for summer! The refreshing drink from Capital Bra contains less sugar than the other lemon iced teas on the market and accordingly tastes less artificial than other ice-teas.

Capi's watermelon ice- tea can be obtained here directly in the eighth carton, without having to carry much. So you can enjoy BraTee Watermelon with your friends or family right away and indulge in the summer flair that the iced tea watermelon brings.

Capi's Pomegranate Ice Tea is exceptionally delicious! That's why you should try Capital Bras Ice Tea Pomegranate and be surprised by the fresh taste of the Bra iced tea! You can even buy the official Capital Bra Pomegranate Tea here in a box of 8. 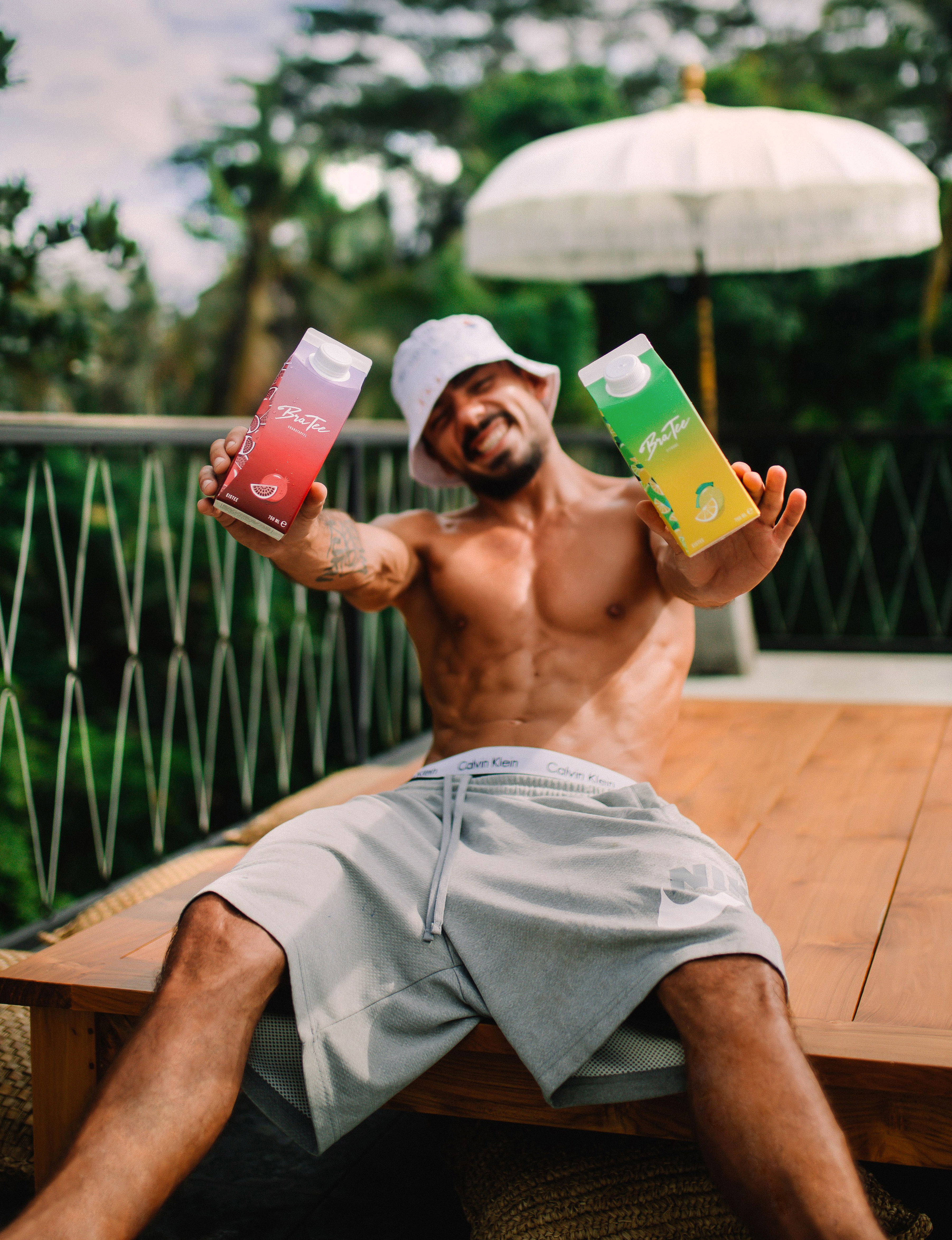