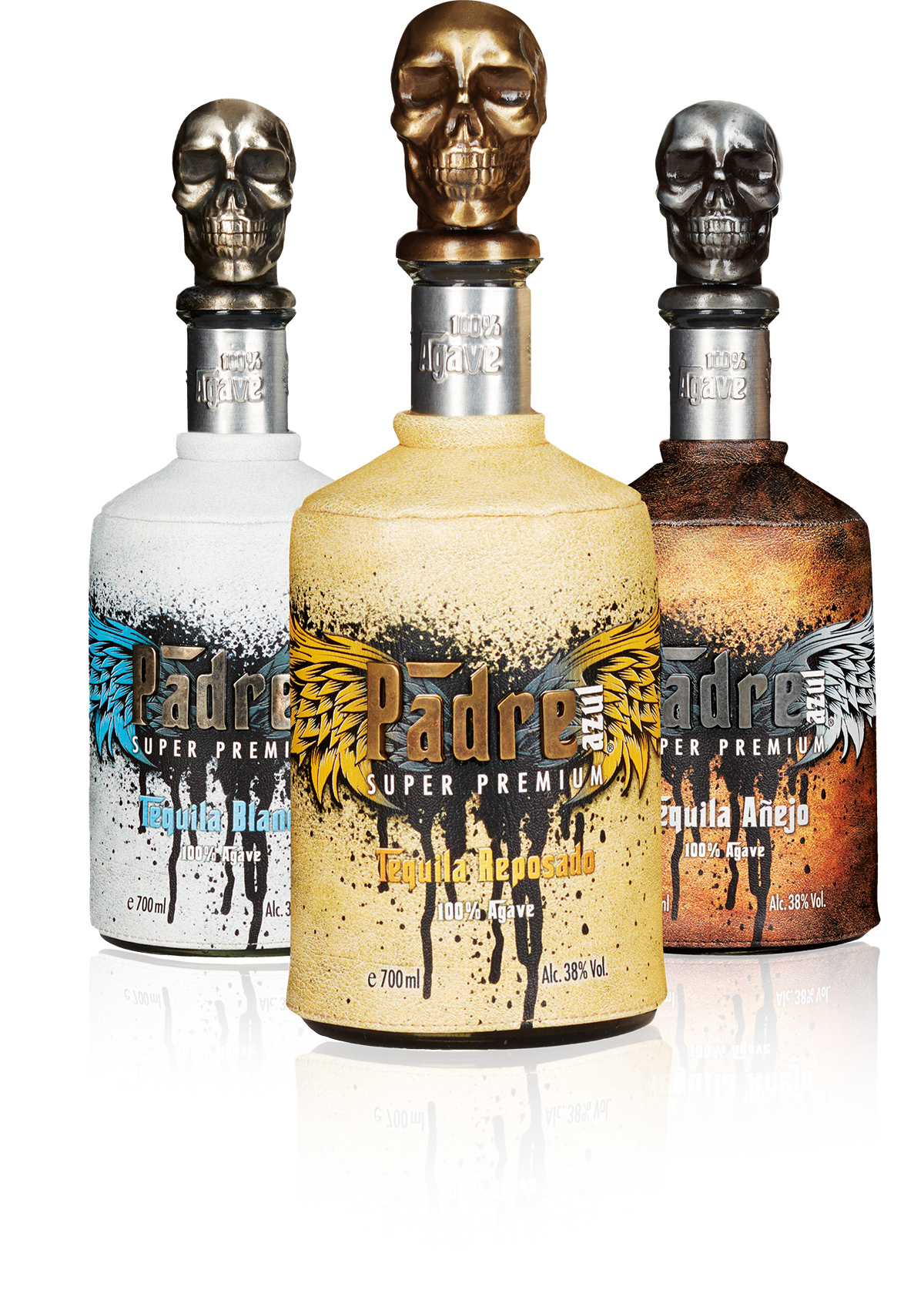 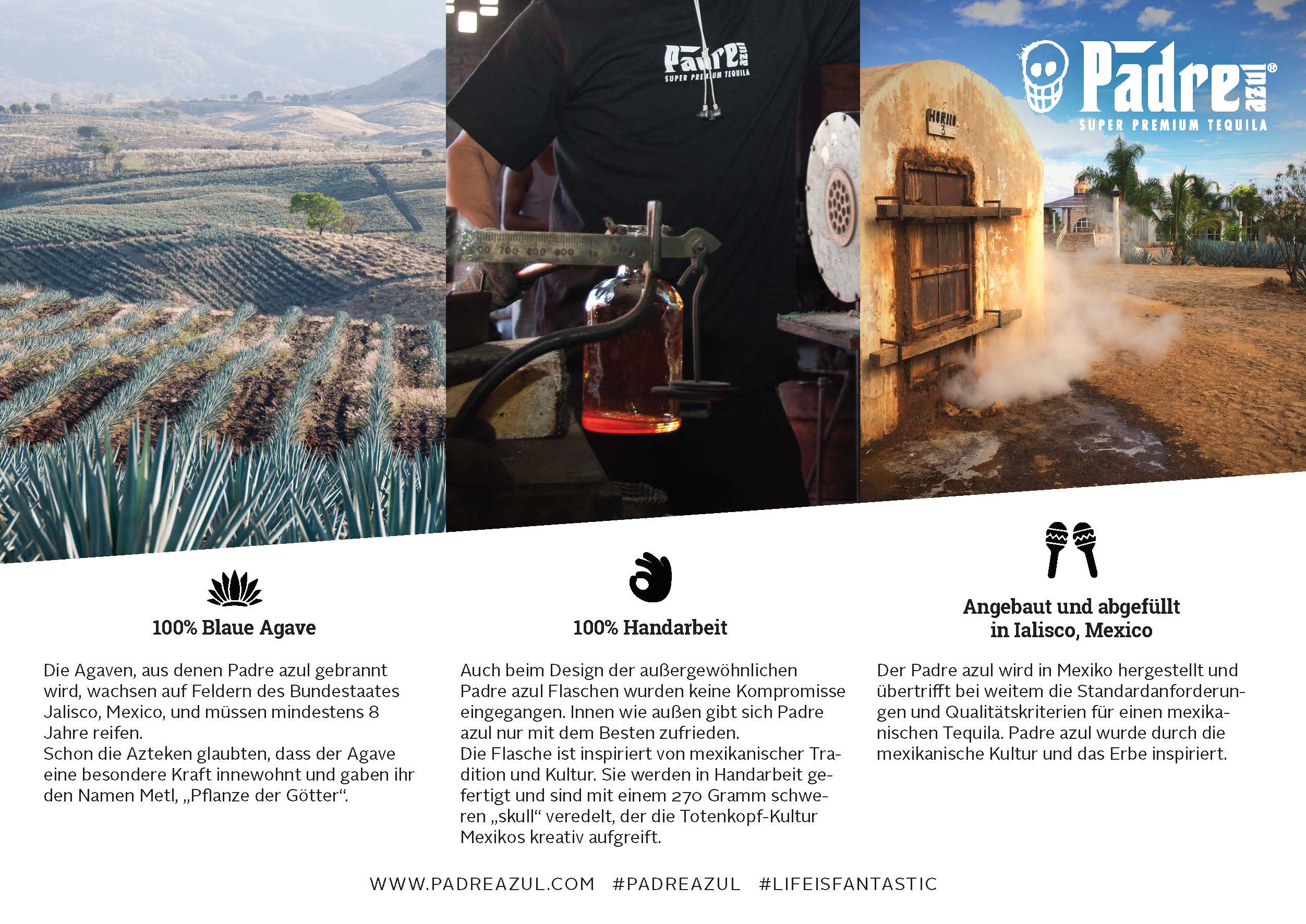 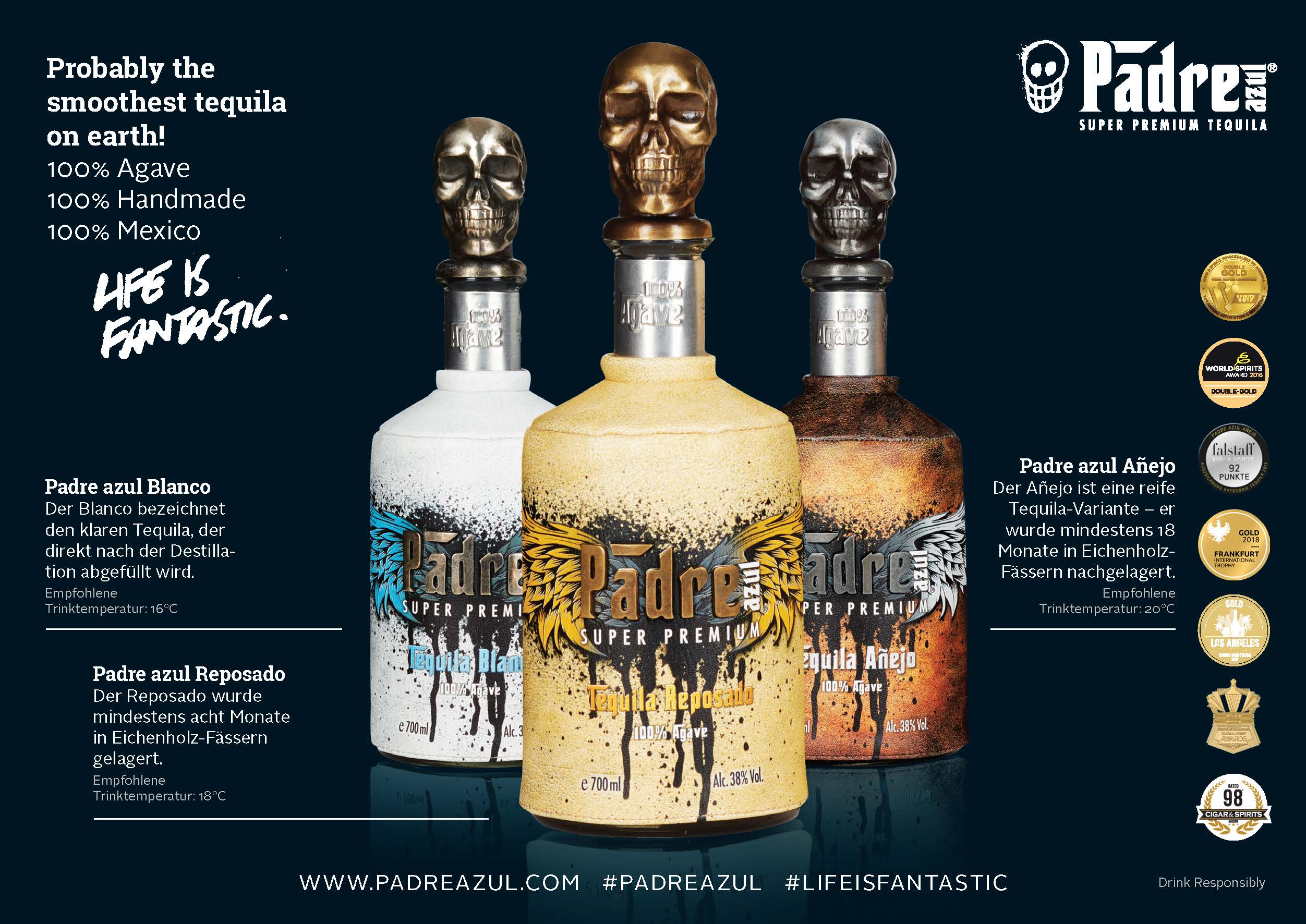 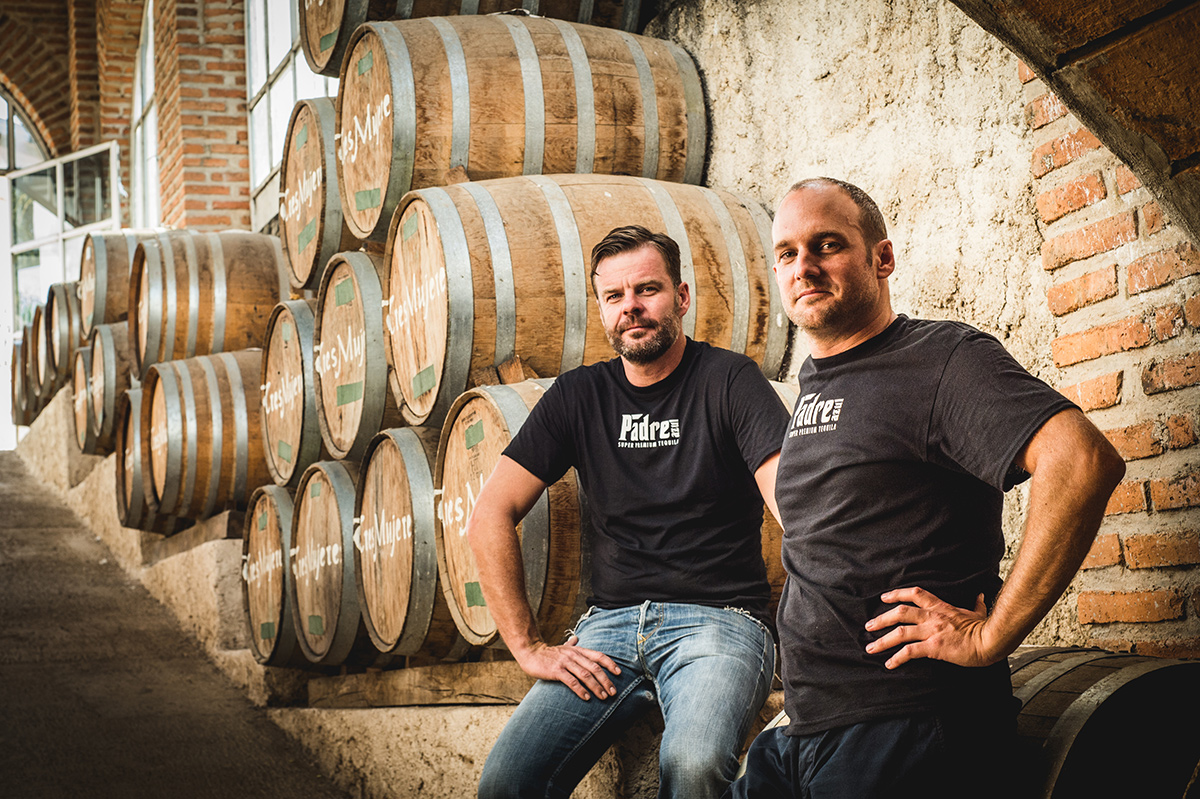 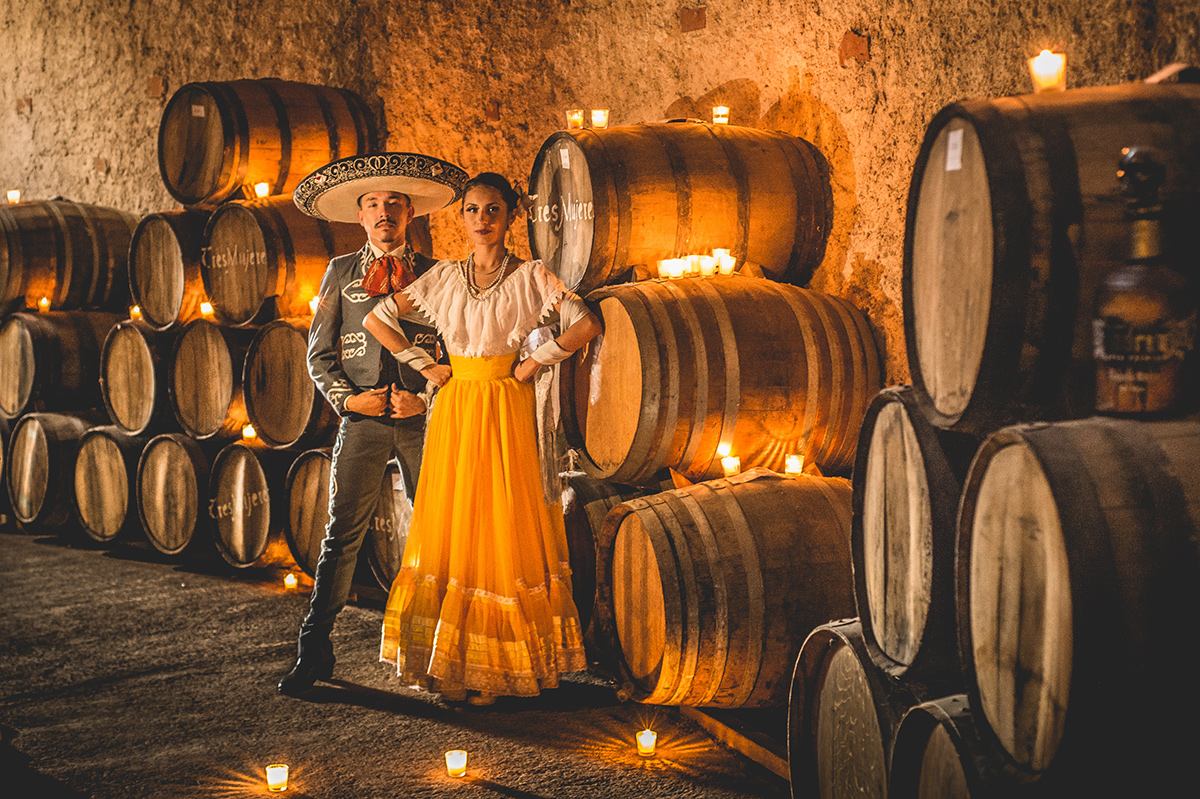 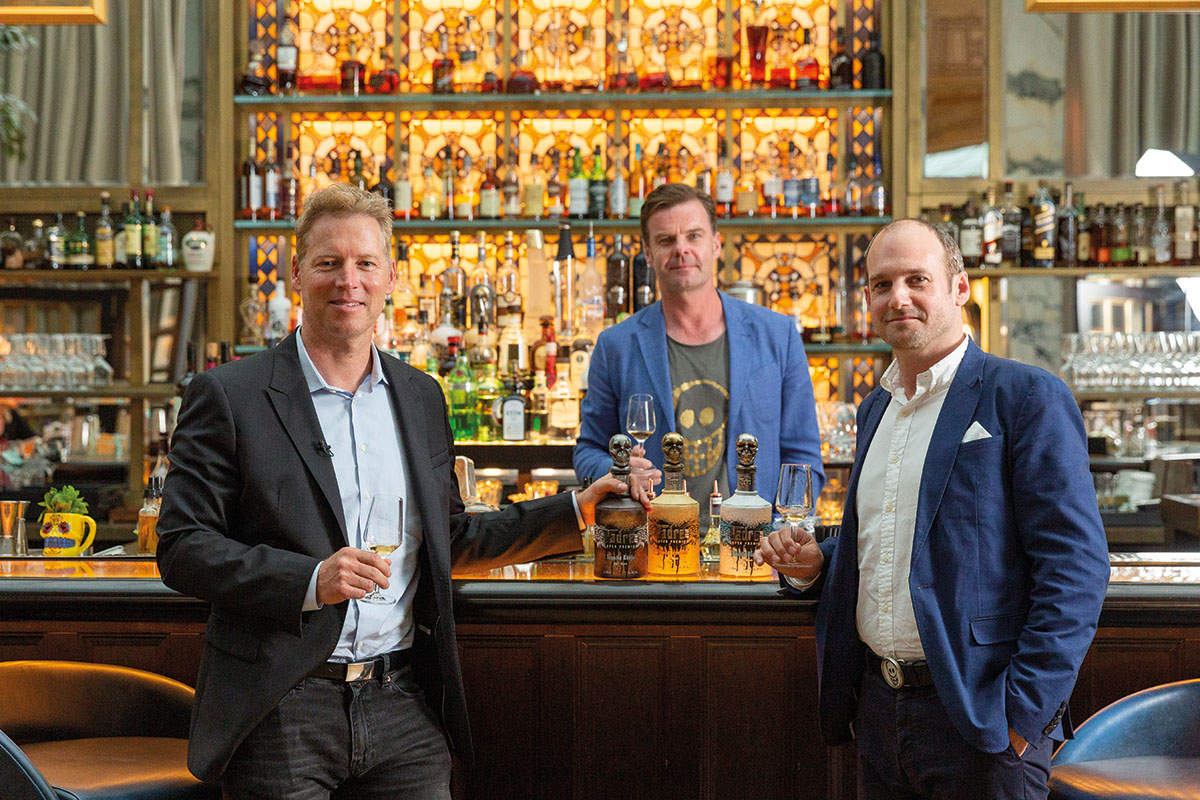 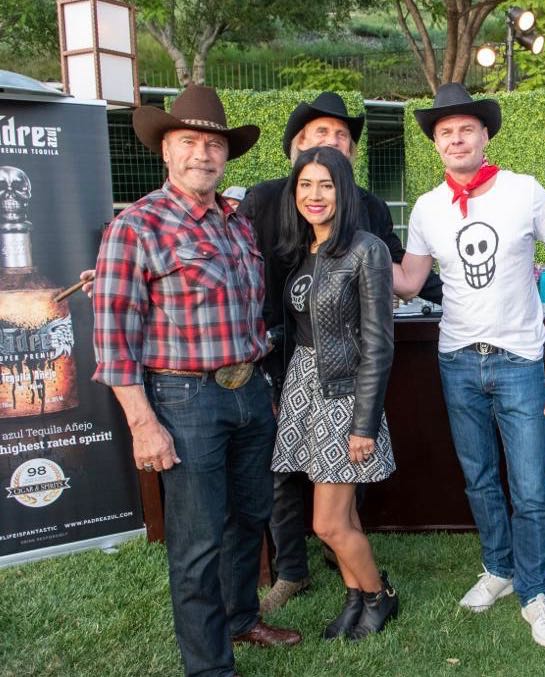 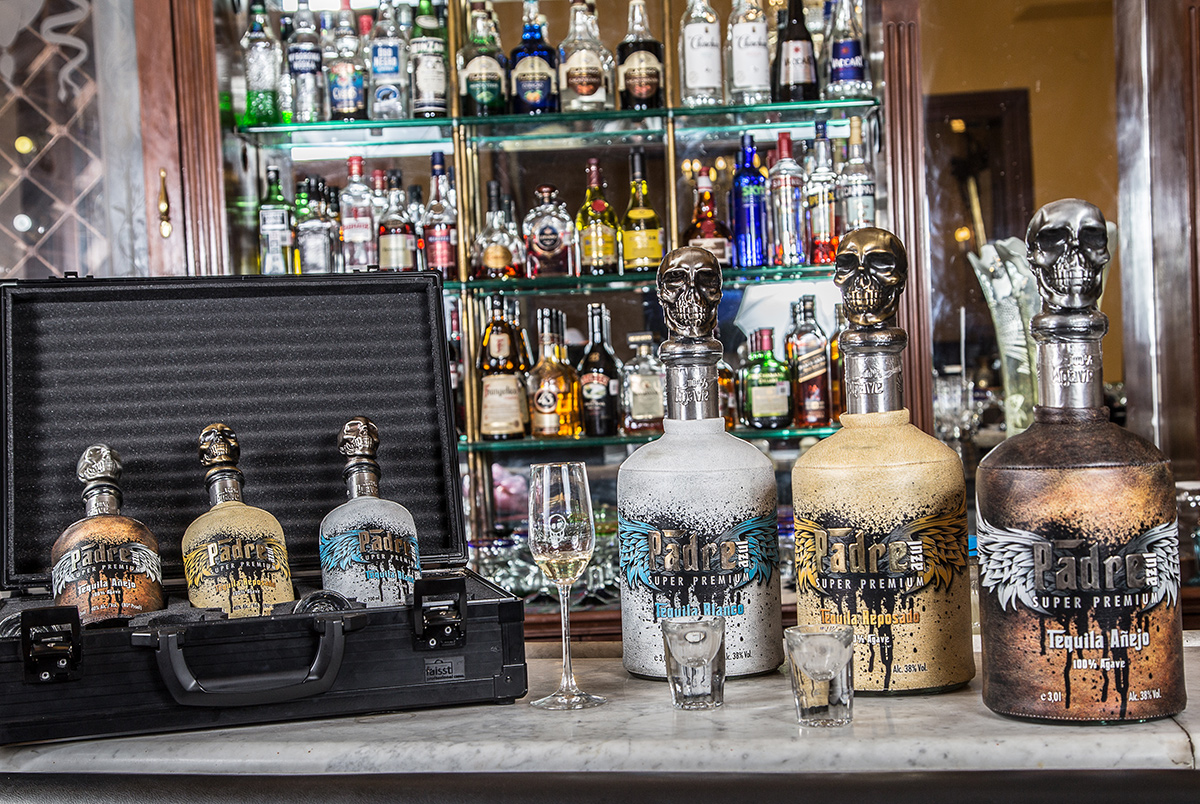 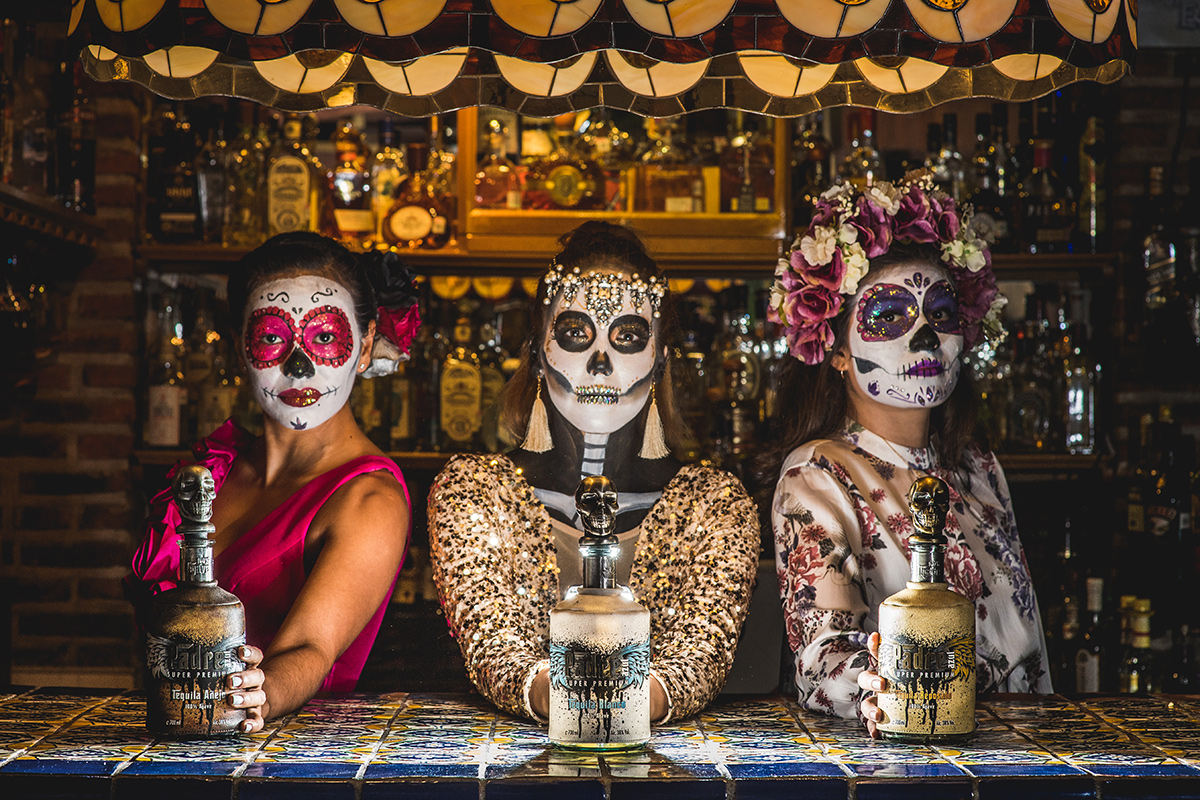 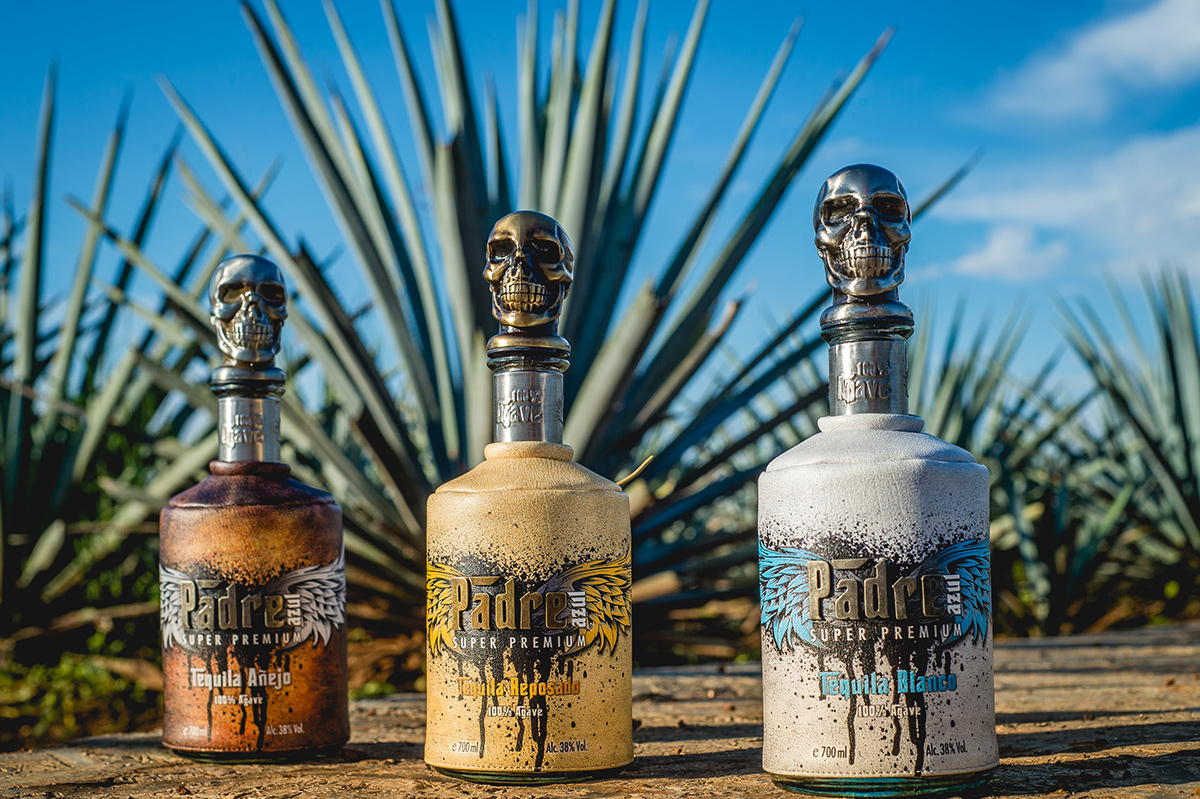 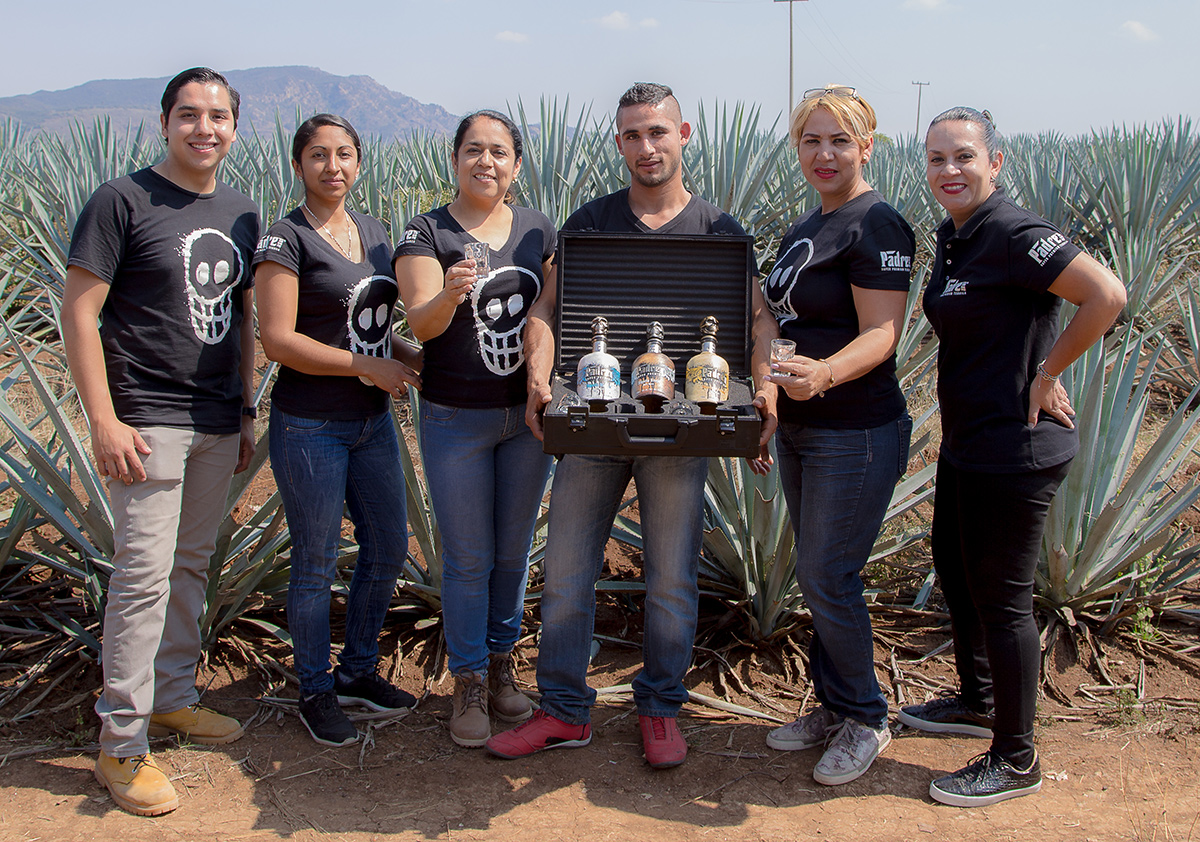 The origins of Padre Azul

is due to a family passion.
The Austrian HP Eder inherited the enthusiasm for distilling from his father. He produced high quality liquor. After Eder and his team entered into a partnership with his Mexican father-in-law and another team of renowned master distillers from Jalisco in Mexico, Padre Azul was born.

The idea for Padre Azul comes from Austria - but the production has been done in Mexico since the beginning. The founder's father-in-law played an important role in the birth of the brand. He gave him the opportunity to produce his Tequila in a small distillery near the famous village of Tequila.

Until today, Padre Azul exceeds the standard requirements and quality criteria that apply to Mexican tequila.

The bottle was also inspired by Mexico's valuable heritage and culture.

Padre Azul consists of 100 % blue agaves. This special fruit is grown in the state of Jalisco. The superior blue agave is considered to be best suited for the production of premium tequila. The hand-picked fruit matures at least eight years before it is ready for further processing.

Agave is also the eponym of this exclusive drink. "Azul" is based on the blue Weber Agave. "Padre" comes from a well-known Mexican saying: "que padre", which means "how wonderful" and "how fantastic".

The manual work starts already with the harvesting of the used agaves. These are harvested and selected manually. Washing is also still done by hand.

Padre Azul is "cooked" in traditional brick ovens. These consist of volcanic soil and sand, which allows them to withstand the high temperatures optimally and prevent the steam generated during the cooking process from escaping.

Not only the tequila, but also the bottle is made by hand. The bottle is mouth blown and the 270 gram heavy skull, which decorates the lid majestically, is processed by hand.