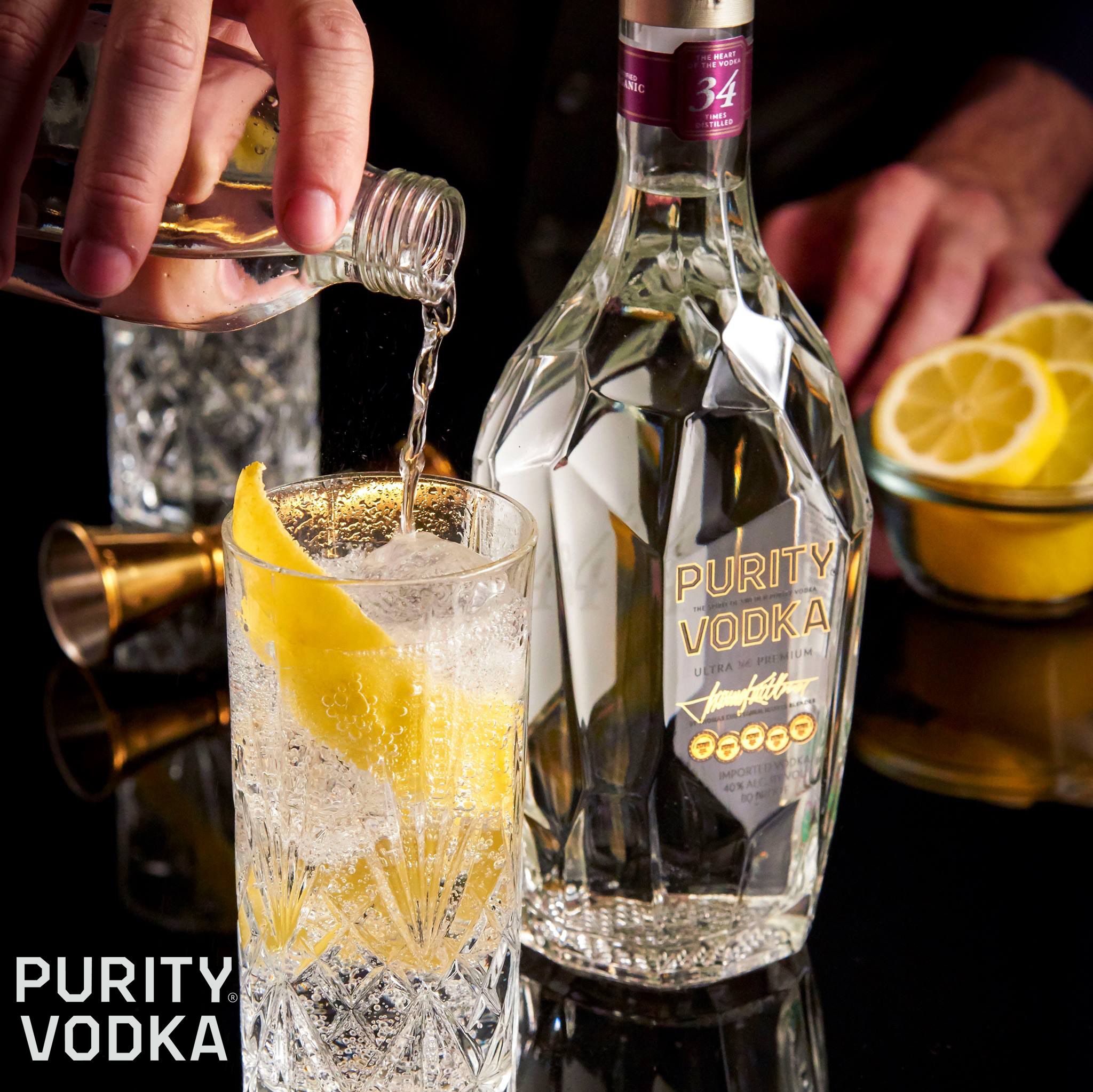 The Purity Vodka from Sweden completes our spirits assortment with an extremely pure, noble and tasty vodka. The Swedish spirit is based on a combination of winter wheat and barley. The estate on which the vodka is produced in Sweden is probably known for its popular vodka since the 13th century.

A Vodka with selected ingredients and elaborate production

The vodka not only convinces with its particularly pleasant taste, but also with the fact that all ingredients come from purely organic cultivation.

In contrast to conventional vodka, which is distilled 3-5 times on average, the connoisseurs of Purity Vodka can choose between 17, 34 or even 51 distillation processes. This may seem exaggerated for many a layman, but for connoisseurs it is a true sign of quality and purity. See for yourself - even between the different variants of Purity Vodka there is a difference.

With Purity Vodka, a drink that is usually only used for mixing drinks becomes a pure pleasure. The Swedish noble vodka is almost too good to be mixed and so its unadulterated taste of purity is enhanced.

But also the bottle design is convincing in all points. The bottle in its diamond shape is at the same time so subtle and yet a real eye-catcher that it looks good on any table.

Thanks to its incredible taste, Swedish Purity Vodka has won more than 150 awards in Blind Tastings and other competitions and has thus without doubt catapulted itself into the top class of spirits. The well-deserved gold medals can also be found on the bottle of Purity Vodka.